We would like to thank our first supporters and are looking forward to the next 56 days!
Today we proudly present our project teaser, which is also a music video for the song "Shaped by Stories" composed by Lisa Zwinzscher especially for EXVOTO.

We are shaped by stories.
How they were told and by whom
defines our world and how we move on.

Thousands of years ago
we lost a mother
we lost sanctity.
we lost gnostic order
as it used to be.
Becoming blinder,
running lonely, running scared.
We think in terms
of beginning and ending
of right and wrong,
We are always defending
what we want to believe.
Neglecting that our truth is relative.

The balance of the circle
came to a standstill.
Our idea of life is linear and vertical.
We think in pyramids, lines, rectangles.
Horizontal relationships - inconceivable.
We are humans, our view is limited.
Transitioning between two states is unstable and chaotic.
But if we make allowances for this complexity
we recognize the order in disharmony.
Nothing is forever, everything flows,
is evolving, changing, metamorphosing.

Guided by gentle longing
for our shadows to lengthen,
our bodies to swoon,
Enveloped by once-thought-lost knowledge.
Breaking out of cocoons.
Awakening our strength.
Feeding our ears with our visions.
A new myth
for this, our century is emerging. 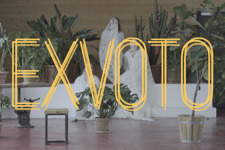