<% user.display_name %>
Anmelden
Musik
Hi there! Thank you for coming here. I value your time and an grateful for this opportunity to share something near and dear to me. A project of love that we hope will move, heal and inspire many in a world that needs positivity and a light tune to resonate with. I’m asking for your help and in exchange, I promise to put my mind, body and soul into this for you, and for the world to be able to heal.

By reaching 11 000€ we will be able to produce and release the Home-trilogy consisting of the three album 1.GOING 2.COMING HOME 3.HOME

By reaching 22 000€ we will be able to also film a documentary on the production of the final album HOME that will be recorded all over this world.

A project of love that I hope will move, heal and inspire many in a world that needs positivity and a light tune to resonate with.
​Hi my name is Joh. I'm a 35-year old musician, music-producer and songwriter.
I currently live in Lüneburg- a quiet little town in Northern Germany -
about 30 minutes south of Hamburg.
I make a living by playing small shows at clubs, coffeeshops or quite recently
by pursuing the art-form of busking - which is an old british term for playing music on the street!
It’s something I really enjoy because it puts me in touch with people - real people and it doesn’t get any more direct - if people like what they hear - they will stop and listen and if they don’t, then they don’t.
It’s tough and humbling but also fascinating and it provides me with a feeling of honesty in a time where it’s hard to tell right from wrong if you’re a social media addict like me!

I wasn’t always a street musician - In fact, I started my music career in a band called THE MAINSTREAM - a band formed through myspace.com - a collaboration of multiple artists from all over this planet - I was one of the producers and the lead- singer and within 8 years (2004-2012) we released three albums through our own label and played 400 shows on three different continents.

It sure was fun but also got to the point where I decided to slow it down.

After a while I started my solo-career & over the course of the past 3 years I’ve released only one album in german. I purposely decided to play music without any of that pressure of mass marketing or playing what the mainstream wanted and instead, I played shows that I was passionate to play.

But everything comes to an end and for quite some time now I have been feeling the desire to sing in english again and get back to touring internationally.
I miss the feeling of traveling to other countries.
Besides, all my new songs are in english - something I can’t really explain - it’s the way things are. English is the universal way to spread the love, right?

I’ve written a lot! In fact, there are so many songs - they will make up more than just one record and that's why I am currently working on an album-trilogy!

The first album called 'Going Home' is already finished and will be released digitally on January-11th 2018.
The follow-up will be called 'Coming Home'.
My plan for The final album 'Home' is to record it in various locations all over this wonderful planet with background noises such as the ocean, the wind, birds and trees.

In times like these where the attention span of the people is rather limited and everybody from the industry told me to focus on singles only and not waste my time producing an album this might seem like a crazy idea but I still love the old-fashioned concept of an album -
that’s what i grew up with and i still remember the days when I spent all my money in a local record store and actually took the time to listen to a record until i started liking it!

The first record 'Going home' is already available through this website.
After you're finished reading this text you should check it out!
The majority of the album is ‘homemade” and recorded -
I didn’t go into any big studio for that but instead used whatever was available to record music - sometimes that meant to record in the basement of my drummer's house or at a friend’s place. Most of the time I recorded at my own apartment which is where I live and also produce for other artists.

Conscious music is where my talent and passion unite as an artist.
​
With planning shows and booking tours across the globe, I will always continue to play my music on the street wherever I go. To connect one-on-one with the people. To keep it real.
​
I always wanted to do something POWERFULLY good through music and that’s the main objective.
My songs all carry a message of love, light & strength -
I am trying to raise awareness, not for what’s bad out there-
I think at this point we all know. Media is full of it - wherever we look!
To me it’s more important to focus on all the good things we are capable of as a human race.
In other words: let’s love ourselves & each other and the planet we live on.
After a long journey I’ve finally come to realize this is all that matters.

This project is set out to bring music to a world that desperately needs healing.
A music that carries a message of love, light & strength -
trying to raise awareness, not for what’s bad out there-
but to focus on all the good things we are capable of as human beings.

We all are ONE. we must stand together and create a new reality - One where we all are free to create our dreams and support each other in any way possible. I've dedicated my life to helping others and I will continue to make this my #1-priority even when I'm rich and famous. You could be a part of this creation - I give you my word I won't be misled by ego or greed. Life has been testing my integrity severly over the course of the past years and I'm not gonna lie to you - I didn't always pass the test -but One thing I can say for sure after falling down over and over again - I know my demons now and I accept them for who they are but my mission is to serve a higher cause which is to establish a new balance on earth - One that's fair and serves the people.

My first album GOING HOME is already finished and needs to be released properly- in order for that to happen I need a budget
to be able to pay a promo-agency to take care of it properly! It's the only safe way to get some expore.
I already reached out to a specific company I would like to work with because they have proven in the past how capable they are and together we made a detailled plan on how to place my music in the market in a smart way without spending too much money.
the total amount needed for the release of the first album of the trilogy is 1200€.
I've already started working on the follow-up album COMING HOME and in order to finish it the way I envision it I need budget to pay musicians, pay for string-arrangements on three songs + the mixing and mastering- total estimated cost for all of that is 4200€.
that album needs to be released as well - I’ve calculated the same amount as for the first album.
As for the production of the final album HOME I will need a little more budget -
the plan is to produce this album in different location all over this planet - collaborating with different musicians and artists and letting it all magically flow together into one amazing piece of music. I've already contacted artists from different countries (SENEGAL, ITALY, ICELAND, SCOTLAND & THE US are currently fixed locations) - mapped out the route - done some basic calculation on flight and other travelling-expenses +the total costs of this project including mixing & mastering for this album will be around 10 400€.
Added to that will the costs for a videographer and filmaker who will travel with me to document the whole things and turn it into a state-of the art Documentary ready to be screened at small Movie Theatres and possibly Netflix through one of my contacts at roughly 8000€. In addition to that we will file an application with NORDMEDIA- a northern germany based Film-funding company that has government funding available for those who already have a budget to get started. If we’re succesful at that the documentary will turn into something even greater but just to be clear: The Movie and Albums will be made no matter what -
We are all very experienced in our field and over the years we have learnt how to realize project even though the budget is not ideal. 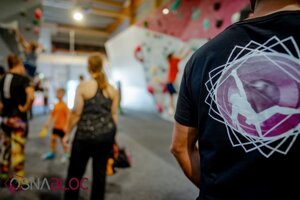 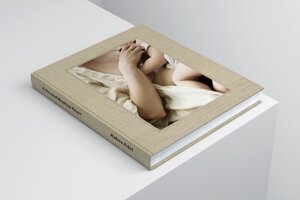 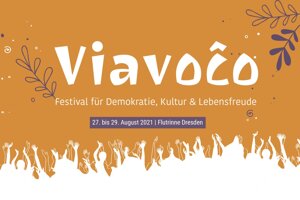 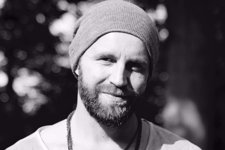