<% user.display_name %>
Anmelden
Musik
With this crowdfunding progrock band Johnny Bob is partially financing the production of 300 copies (limited edition including download code with bonus track "Empire") of their brandnew album "Egbert's Barber Shop". The album contains 8 songs, approx. running time is 45 minutes. Supporters will be listed in the liner notes of the album.

Johnny Bob is a NeoProgRock band from Kiel and Hamburg. The group’s style is based on genre idols such as Genesis (70-78), Camel, Yes, King Crimson and Marillion. The debut album "Carnival of the Brahma-Sox" was released in 2017 and has ensured initial success. The second album "Fjodor and the Water Giant" followed in April 2019 and Johnny Bob were showered with praise from the ProgRock scene. The 4-track EP "Hunted by a Caproid" was released in January 2020.

The brothers Jörg Purfürst (bass, keyboards, guitar) and Carsten Díaz (voice, guitar) form the core of the band. Line-up is completed by Philip Mestwerdt (drums), Jan Brust (guitar, keyboards) and Jürgen Ufer (guitar). The songs are mostly bizarre stories, told / performed by Díaz, who tends to roguery by tirelessly altering the history of the band in interviews and on stage, so that truth and fiction merge here.

For known reasons Johnny Bob won't be able to play any gigs in 2020. So there is no money coming in for us to invest in the production of our 3rd record. Enter you - our supporters! In fact you are supporting yourself in making "Egbert's Barber Shop" come true. 8 brandnew Johnny Bob tracks! The download code of the album contains the bonus track "Empire" which is available for supporters exclusively! Production: Jörg Purfürst. Mastering: Ulf Nagel.

Side A
Peter Pan Awakes
Hengeyokai
Egbert (Made of Rheyngold)
Faun 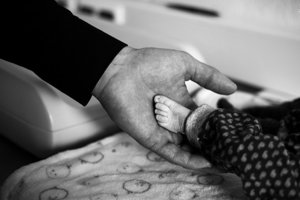 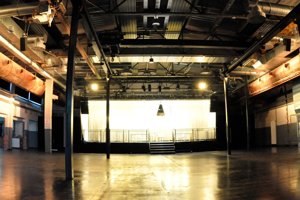 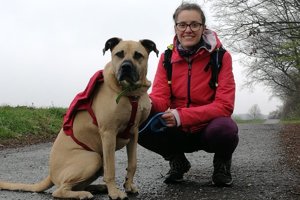