"Let's look at it like this. If we discovered tomorrow that there was an asteroid on a collision course with Earth, and - because physics is a fairly simple science - we were able to calculate that it was going to hit Earth on 3 June 2072, and we knew that its impact was going to wipe out 70 per cent of all life on Earth, governments worldwide would marshal the entire planet into unprecedented action.

We are in almost precisely that situation now, except that there isn't a specific date and there isn't an asteroid.

The problem is us." 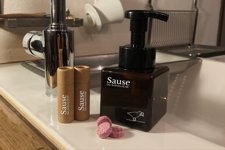