KAYA - THE ROCK AND THE SEA tells a story about my father and me. In Berlin, where we both grew up, as well as in Baba's old home Turkey and my chosen home Barcelona, we take a look at our relationship and explore how it developed over the years. Our different understanding of freedom once tore us apart but over time it helped us find common ground. After all, we are both searching for our place in this world: in our family, in society, and within ourselves. 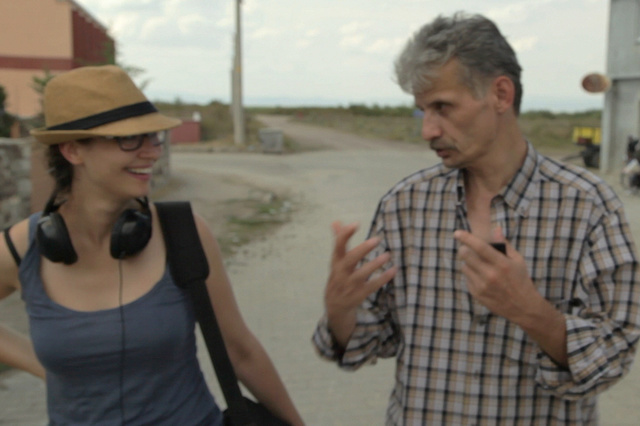 KAYA — THE ROCK AND THE SEA is a 90-minute feature documentary in which I and my father go on a journey through time and into the depths of our souls. Formerly caught in our fixed roles as ‘the oppressor’ and ‘the oppressed’, we both seize our encounters in front of the camera as a chance to transform our relationship. We ask ourselves how we can live out our dreams despite the traumas that we experienced in our family and as Turkish migrants in Germany in intense conversations spanning over 2 years. I am thereby also telling the (migration) history of the 2nd and 3rd generation

My Dad didn’t want to be an egoist and bully like his own father, and luckily he never was. However, as a child I could feel that he was unhappy with his familial responsibilities as he was with life in general. Even though he didn’t say it, I knew that he was yearning for something else. As an adult I found out that something else he never told me about was a life back in Turkey. My film gradually shows what really lies behind his longing for “home” and ultimately reveals a commonality between us: the wish for freedom.

Our filmic journey leads us to important places and stations in our life in Turkey, Berlin, and Barcelona. KAYA - THE ROCK AND THE SEA is not just about the past. I am supporting my Dad in being free here and now by inviting him to connect with his own feelings of freedom; just like he began supporting and encouraging me in my pursuits after the tumultuous time we had together during my teen years. Solid as a rock...in this film we switch our roles to a certain extent and dive into the sea of 1000 possibilities.

I would like to get enough support with this campaign to make a compelling trailer and a longer sample of KAYA to help us in our up-coming search for production funding! We have already gathered some valuable material, which you can see in the crowdfunding video but we definitely need support for the shoot with my father in August as well as some scenes of my life here in Barcelona. It is important that all three locations are seen in the trailer and the 10-minute sample so we can properly showcase the story to film funds and broadcasters. Only then can my documentary enter the next phase, from development to production!

Our target group includes all people who feel close to the themes of family, migration, and individual freedom. In an autobiographical story the important things to us come to light: the balancing act between the things that are expected of us and the things that are personally meaningful to us. KAYA also shows a part of German migration history from the perspective of a Kreuzberg family who grants access to their conflicts and reconciliations. What does it mean to build a life for yourself in a place where you are just perceived as a "guest" and at some point not welcome anymore? These are stories and perspectives that make up a decisive part of recent German history, though they have rarely been told.

It requires courage to tell a personal story since the protagonists are revealing something private, thereby making themselves vulnerable. What my dad and I hope we can achieve with this film is to encourage viewers to think about their own family history and conflicts. Behind the seemingly irreconcilable differences often lie more similarities than one would believe. Those that get inspired will find many relatable factors with KAYA - THE ROCK AND THE SEA. Our great efforts would pay off if we succeed in doing that.

Today, media portrayals often made by non-migrants lead to the spread of stereotypical representations, especially of the alleged culturally-based oppression of the Turkish father. Our film invites viewers to look beyond the prevalent stereotypes and to be open to a subjective view of a migrant’s life that does not claim to be representative of an entire community.

At the end of the year we would like to present the results of the next filming and editing phase in the form of a trailer and a 10-minute sample that will hopefully make you want to see the finished film!

If the campaign is successful I plan on filming with my father for an entire week in my chosen home of Barcelona. I would later give the material to an editor who would make a 3-minute trailer and a 10-minute sample out of it.

If we reach our goal of 5000 Euros we will be able to make a high-quality trailer and sample! We would have a crucial part of KAYA’s visualization at our disposal and be apply to film distributors and broadcasters to get further funding.
In practice, what we need for the trailer and sample is:

KAYA - THE ROCK AND THE SEA was created by a team from Berlin: Canan Turan is the director and one of the two protagonists in the film. After her 2013 short film KIYMET that tells the story of her strong grandmother she decided to make a film about her dad Hamdi Kaya Turan. Canan lives and works in Berlin and Barcelona. Zülfiye Akkulak from Newa Film supports the film on the production side. Camera woman Christiane Schmidt is responsible for the images of the film together with the director and she has been intensively working on the project for a year. Last but not least: the fabulous Elinor Lewy is the driving force of our social media presence. 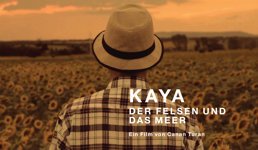