Seven more days to go, and the target is within reach...Thank you *sincerely* to everyone who has supported "Witnessed" so far.

Victoria B. Robinson
Black: The Art of the Matter

This text will not explore the possibility, but the reality of Black art(ist)s mattering in Germany. Not only because of the artistic depth that comes with the challenges in creating art itself, in creating space for creativity and in finding one’s voice in an environment that tries to silence and suppress it, but also in the role Black art has in a society that imagines itself as mono-cultural, white, liberal and democratic. Black artists challenge these conceptions and remind this society of its shortcomings and the way it fails to deliver on its myths and promises.
Black art matters, as this is the sphere in which Black people in Germany find refuge, warmth, and community. Black Art matters, as it is Black life, Black survival, the healing of Black souls.
This text will talk about the longing for representation and acknowledgment, about the shame that is caused by white imaginations (=imagined representations) of Blackness and the healing power and potential of Black creativity and creations in Germany today and in the future.

Excerpt:
"Documentary (film is)…close to life, and I also think that you can change things by being close to people. But you have to have a good story, a brave story, to create change. And I try to bring my personal identity as a Black German in, so that everyone knows there are Black Germans…And as a Black German, I’m able to touch topics that white Germans wouldn’t dare to touch. Topics like our identity, our roots, Nazism…If you talk about roots in Germany, and you’re a white person, it’s very easy to be put into a far-right corner. But that’s not going to happen to me. And I think we need to talk about it, because you have to talk about where you are from if you’re going to know where to go. Not being about to talk about our roots in Germany is not good for us developing as a nation for the future. That’s why I think that my work is very important..."

This article focuses on the role of the Black performance artist in a predominately white society (Germany). It is based on the premise that Black performance artists occupy a niche in the entertainment sector that is regarded as a seasonal commodity. The perceived value of work, the instrumentalist booking practices, and the latent racism are constant obstacles in the negotiation of the artist’s identity. They represent the tipping point that distinguishes “(…) art” from “Black art”. “Bring your own mics” is a discourse analysis following the paradigm shifts on the path from the token Black rapper via political activism to a point of responsible self determination.

Nine writers are contributing in total.
Would you like to know more? Please continue to watch this space :-)

Coming soon! The second book in the Witnessed Series "Also By Mail"

And once again - My heartfelt thanks to you all!

SAVE THE DATE! The Witnessed Series will be launched in Berlin on Sunday, 30th September!

New Title, New Cover! The Little Book of Big Visions. How to Be an Artist and Revolutionize the World 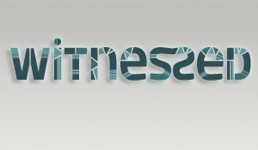