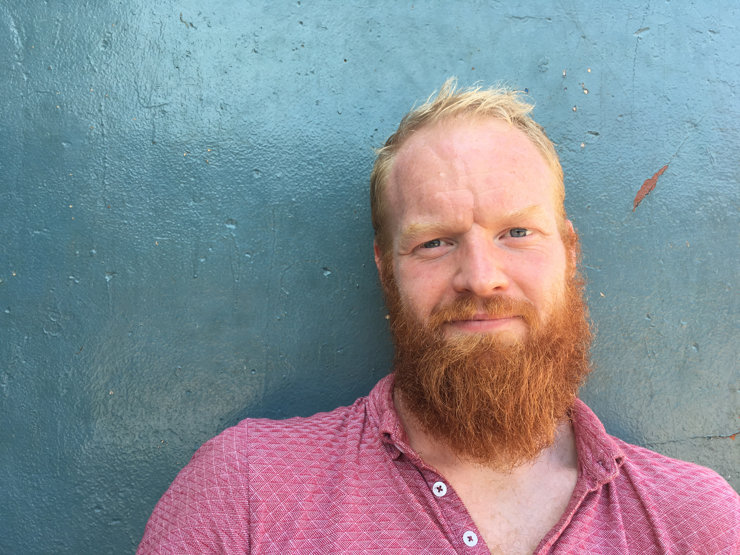 Even if you haven’t heard of Damon Alban and his album Mali Music, the tags ‘Lead singer of British rock bands Blur and Gorrilaz,’ or ‘OBE,’ brings undeniable kudos. And you may not like The Boomtown Rats, but if Geldof revealed he was making a charity album, you’d have to admit there’s a track record there. So why should we trust the music of Ghanaian xylophonist Isaac Birituro in the hands of Sonny Johns? Who are The Rail Abandon?

“Firstly, The Rail Abandon is me, and B it’s not a charity album,” Johns states. “It’s an album in its own right, worthy of the same credit and held under the same scrutiny as any other release. We just happen to be using the proceeds from the album to build a school. Making a credible record that will last is key to what we’re doing.”

Johns should know as he is the producer of many, many credible records. His work has received multiple Grammy, MOBO and Mercury Award nominations for the music he has produced with West African legends including Ali Farke Toure, Oumou Sangaré, Cheihk Lô and Fatoumata Diawara.

So how did a guy from the North come to work with such stars from Africa? “I did an internship at Livingston [studios] with Jerry [Boys] and Nick [Gold],” of World Circuit fame, the duo responsible for The Buena Vista Social Club and who introduced Damon Albarn to Malian music. “My first job was assisting on Ali Farke Touré’s posthumous album ‘Savane’, and I ended up play bass on one track. Quite a trial by fire.”

And the Afro Cuban Star names just keen coming as you delve into Johns’ history, Ibrhim Ferrer, Toumani Diabate, Hugh Masekela and none other than legendary drummer and co-inventor of Afrobeat, Tony Allen. “That was a great album. Nick [Gold] played me the demos and I loved the sound instantly. I was lucky enough that Jerry suggested I do it.”

So how does Johns see this album being different from any other?

“Its true collaboration based on mutual musical respect - we both like what each other does. I guess, a little bit like Ali’s album with Ry Cooder, Timbuktu. But rather than being a ‘record’ to ‘preserve traditional music’, or some gimmick charity band, we’re just two musicians trying to create something unusual from the usual. For me, our music isn’t all that different. I felt that the first time I heard Ali Farke Toure. It’s just folk music on funny instruments. I mean they are obviously different, but there are so many similarities that tie it together the differences make it new.”

Along with working on the album with Isaac Birituro, Sonny is currently producing a second solo album under the name The Rail Abandon as well as in the process of writing and recording the debut album from latest Rough Trade signing PicaPica, with whom he plays bass and other noise.